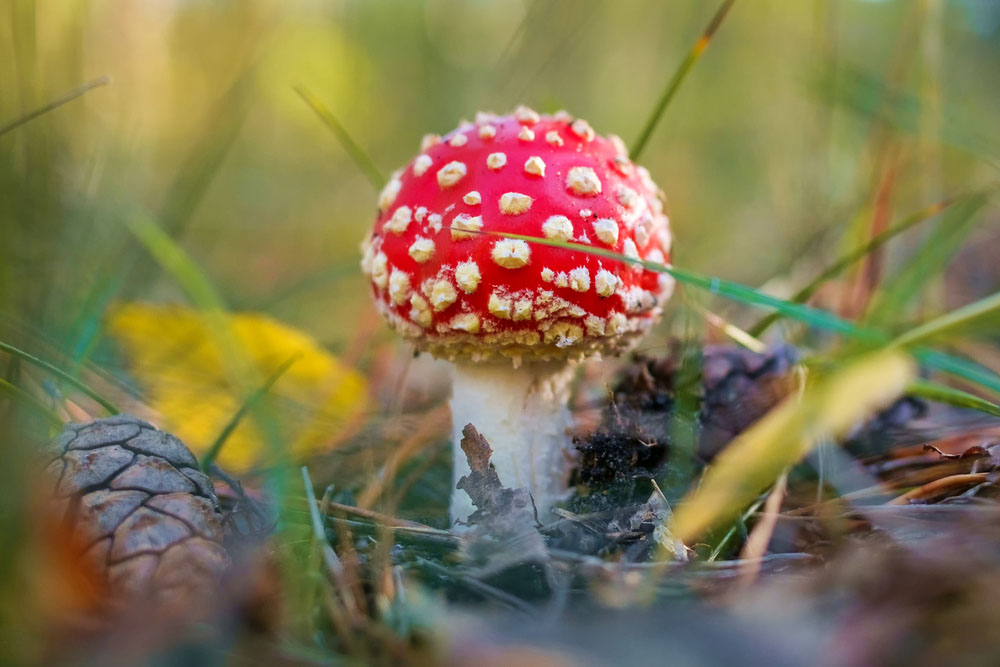 The summer before Ruby turned two I dialed poison control three times. The first call was for geranium leaves. That kid toddled right up to the plant that bloomed in the big bay window. Then she bent over and — just like a horse — bit off three leaves. I stood ten feet away, doing dishes. Before I could turn off the faucet, she swallowed them whole.

The second call was for iron, the kind that enriches blood. We were headed to Utah for a long weekend, and while I loaded the cooler and tent into the car, she unpacked a bag by the front bumper. In less than two minutes she fished out the bottle, unscrewed its childproof cap, and downed half the pills. I freaked out — iron supplements are the leading cause of poisoning in young children — but when I called the hotline, they told me not to worry. She’d consumed only enough to clog her pipes for a spell.

The third call happened after the monsoons. I was leading the goats out to pasture with Ruby on my heels. Only her mad tumbleweed of hair was visible above the grasses — which, with all the rain, had gone from pale straw stubs to tall stalks of deep green. The moisture had also sprung loose the mushrooms. When I turned back toward my daughter, she was holding a bouquet of them in her hand. Another one was halfway in her mouth. “No!” I yelled, lunging for her as the stem disappeared between her lips like a snake slithering into a bush. A gulp, then a grin. As if she’d beaten me at some game.

I grabbed her hand so I could get a better look at the remaining mushrooms. Small and brown. I called a friend who knew fungi.

So I called poison control, again.

I described the mushroom. The man on the line agreed that it might be a specimen of concern.

“We’re going to summon your local 911 crew and patch them into this call,” the man said.

While we waited for the volunteer who drove the ambulance to step out of Sunday morning church, I volleyed nervous glances at Ruby while asking the poison guy if they might turn me over to child services, seeing as I allowed my kid to eat often from a smorgasbord of inedibles.

“No ma’am,” he assured me. “It’s the parents who don’t call us that we worry about.”

I felt a little better until the EMT who had been in church got on the line.

“Better that we don’t waste any time driving all the way out to that property,” she said. “Norwood’s remote as it is. Have her drive to Art’s house. I’ll put a helicopter on standby, just in case.”

By then, Ruby was doubled over. She clawed at her stomach and wailed. I caught her up under my arm like a football and dashed to the car. By the time I strapped her into the car seat, her eyes rolled back in their sockets.

“Ruby, honey, look at me!” I bellowed, peeling out of the driveway and gunning it to Art’s. Everyone knew where he lived — it was hard to miss a property that paraded so many political signs among a garden of naked mannequins and sun-beat stuffed animals. En route, I passed my neighbor by veering into the weeds on the wrong side of the road because his hay baler took up both lanes.

At Art’s house, a riot of red and white rescue vehicles met us with their lights flashing, including the ambulance driven by the church lady. Art, who was our beloved county commissioner then, as well as the master of ceremonies for Telluride’s Mushroom Festival, was standing out front in what looked like groovy pajamas. He had mushroom books in hand, ready to identify. The medics pulled Ruby out to look her over while I dashed toward Art with the mushroom bouquet, already a bit wilted.

Everything that kid had ever eaten au naturel and in situ rushed through my mind. A year ago, she sat in a wild strawberry patch in the mountains above our town, plucking the wild fruit that lathered the hillside. Once she had her fill, her hands and face ruddy with the red sweet juice, she helped me harvest a basket of golden chanterelles from the same slope. That fall, her dad dressed, skinned, and hung in the shed a buck he had shot with his bow. Ruby climbed on a chair so her mouth was level with a piece of flesh that dangled off the animal’s rib cage. How feral she looked when she craned her neck out, and when with bared teeth she tore the raw meat off the bone and wolfed it down.

This year, in spring, we snipped tender stalks of asparagus along the ditches. And just a week ago, we had reeled in baskets of crawdads from Miramonte Reservoir. We shook the boughs of pinion pines and collected their sweet nuts before the squirrels stole away with them, and we plucked ghost-blue berries from the junipers to add to the elk marinade. Every year, every season, every memory we’ve made in Southwest Colorado is marked by the food we grow, raise, hunt, or gather on our high-desert mesa. So in that moment, I prayed that a single mushroom wouldn’t prove to be so bad that we’d be scared off our outback menu. For it has sustained us in a healthy, delectable, and affordable way that is unavailable to so much of the nation and world.

Art looked up and raised the mushroom like a small scepter. Then, he exhaled with so much relief that his long gray beard shivered.

“This one is related to a very deadly mushroom that does in fact grow here. But it’s only mildly toxic, so she’ll feel pretty lousy for a day or two. If it had been the more poisonous cousin, she wouldn’t have survived the trip to the hospital.”

Ruby, who is now thirteen and vegetarian, eats more mushrooms than ever. She makes tea from dandelions, gathers acorns to roast. One night, we sit down to a feast among friends — the long table barely holds generous platters of steak and venison, heirloom potatoes, braised greens, apple pie, and freshly-baked artisan breads made from ancient heritage grains. For more than a moment, the gathering is still and silent, taking in the miracle of being fed well and almost exclusively by species that thrive in the ecosystem in which we are steeped — the living, breathing place we call home.

Ruby, who devours dystopian stories because they present a barren, ravaged world that she cannot otherwise imagine, clasps her hands with both reverence and delight.

“Yup,” she says, eyes shining with gratitude and hunger. “During the zombie apocalypse, our community here will do just fine.” 6

Amy Irvine is the author of the award-winning “Trespass: Living at the Edge of the Promised Land.” She lives and writes in Southwest Colorado.