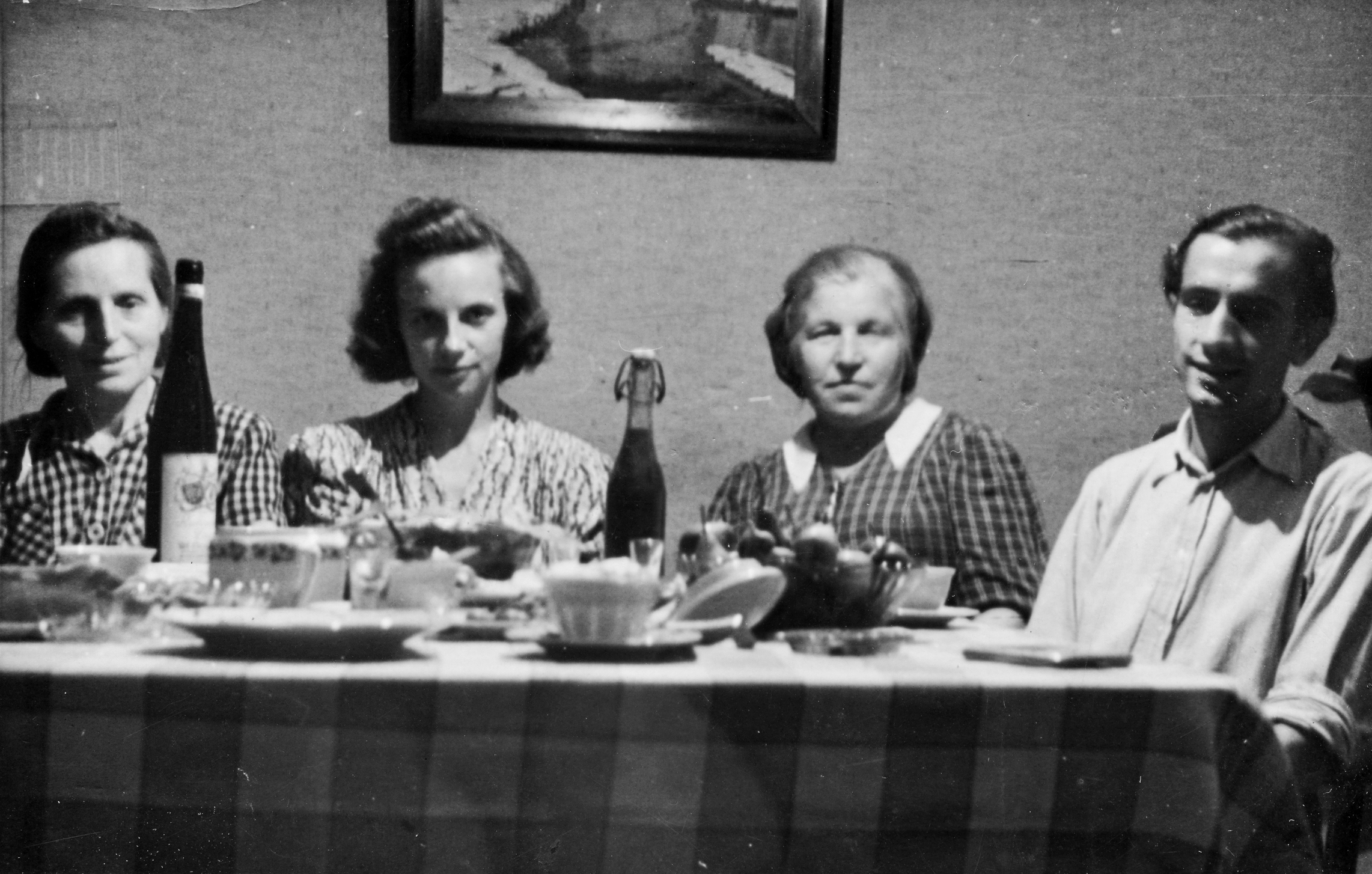 When he raised his hand to threaten her, I lost it. All at once it wasn’t Natalia, the 7-year-old girl for whom I was a newly arrived nanny in Alicante, Spain, being yelled at by her grandfather to eat her fish filet, but me. My child self, sitting at a different family table with a different plate in front of her. The authority figure would have been my father and he would not have raised his hand, but instead, would have pierced me with a withering stare or swatted me on the back of the head.

Natalia flinched but refused to turn toward the hand. Instead, she locked eyes with me where I sat across from her. In the background, I heard canned laughter from the Spanish sitcom the grandmother was watching in the living room. I looked away as my vision grew blurry from the impending tears. Not bothering to offer an explanation, I rose from the table and bolted to the bathroom. Inside, I gasped and sobbed like someone who had escaped a burning room.

As the minutes passed, I tried futilely to pull myself together. After what could have been 15 or 50 minutes, I heard a knock.

It was the mother, Marisa. They’d called her down from upstairs to talk to me. It was my second day at the house, but they still could only pronounce the first part of my name, so instead of Katie, I was Kay, which happens to sound just like Spanish for “what:” que — an über-common word. The result was that I felt like they were constantly talking about me. In my mind, I conjured their condemnations: “What is she speaking, because it doesn’t sound like Spanish,” or “What is she doing here because she doesn’t know anything about caring for children,” or even “What is the phone number for the placement agency so we can send her back.”

“Sí, sí. Estoy bien,” I managed as a reply to Marisa, but no sooner had I said it than the tears started flowing again. She asked if I would come upstairs and talk with her.

Upstairs, seated on a large, leather sectional sofa, I looked out the floor-to-ceiling glass windows. In the morning, they would reveal an enviable view of the Mediterranean Sea, but now they reflected back only inky blackness. Marisa asked me if I wanted something to drink, perhaps beer or wine. Yes, wine would be nice, I said. She poured two glasses, handed one to me and sat down across from me. Once settled, she asked what was wrong. “Es que, es que (it’s that, it’s that) …” was all I could manage.

The doorbell rang and Marisa went to answer it. She came back with a stylishly dressed woman in her mid-30s who greeted me in English. It was a friend of Marisa who had spent several years in the US. Twenty minutes and a couple of glasses of wine later, my whole outburst was chalked up to jet lag and culture shock. But before the session ended, both women cautioned me to be firm with the household’s three children: Carlos, 4; Patricia, 9; and, of course, middle-child Natalia.

“You have to let them know who’s boss,” Marisa said, while her friend nodded in agreement.

As I spent more time in Spain, I came to learn some of the historical context for the grandfather’s heavy-handed approach to meals. When he had been a child, food shortages were rampant as a result of the Spanish civil war. Most men of his generation were short statured from early malnutrition. The urgency to “eat, eat!” was one part fear of seeing his progeny suffer the same fate and one part revulsion of seeing good food go to waste. What he failed to understand was that in the developed world, food was a young person’s first proving ground. And what I saw in Natalia’s eyes that night was very familiar territory.
For me, the crucible was sweet potatoes. In my father’s bid to get me to eat them, he first tried enticement — “with a dollop of butter and a heap of brown sugar, they’re so delicious they’re almost dessert.” Right, I thought, if dessert was a cross between Jell-O and mashed potatoes.

“You will not leave this table….”

“Eat those sweet potatoes,” he growled, his finger grabbing at my plate. “Now!”

Even as his words grew more insistent, I could hear the resolve draining out of them. He knew I’d set out to scout the boundary of his resolve and had succeeded in finding its outer limit. I eventually ate the sweet potatoes, which stuck in my throat like wet toilet paper, but I was energized by the confrontation. My scrappy defeat had a well-established precedent which stretched all the way back to third century BC. That was when King Pyrrhus of Epirus managed to best the Romans, but only after suffering a devastating number of casualties among his own armies. The term Pyrrhic victory came to describe any battle won at too great a cost.

In my case, Pyrrhus’ armies were slain by sweet potatoes, which were the last food I ever recall being forced to eat. For Natalia, it was fish filet.
But this tale of triumph over table tyranny has an epilogue: I now have children of my own. Lo, the victor has become the vanquished.